Firebrands Hockey Club was founded in 1940. In those early days of the second world war, we were known as the Bristol Fire Service Hockey Club. Players came from the auxiliary fire service and police regulars. The purpose of the club was to fill a recreation gap at times when there was a lull in the air raids. The opposition came from the service teams that were in the area. At one stage a midshipman from the HMS Royal Arthur played a match against the Bristol Fire Service Hockey Club, this midshipman went on to become the Duke of Edinburgh.

Membership to the Men’s National League came after the 1990-1991 season and during the 1990s Firebrands played in the premier league of the national league.

The Women’s teams merged with Portishead Hockey Club in 1996

The Men’s 1st XI’s won promotion to Division One at the end of the 2001/2002 season, coached by David Hacker, ex-Olympic GB Vice Captain from the Sydney Games.

In 2004/5 The Women’s 1st XI’s under the coaching of Andy Catchpole achieved promotion to the National League where our Women’s section have remained ever since.

Several Internationals have come through the Firebrands ranks including Simon Mason (Great Britain & England), Roly Ward (England), Rhys Joyce (Wales), Henri Eriksson (Sweden), Lukas Eriksson (Sweden). In 2013 Lily Owsley became the first Female Firebrand to be capped by the senior England Women’s team, since then she has gone on to become a regular for Great Britain & England and in January 2016, Lily won the FIH World Hockey Rising Star Award, given to the best & most promising international player under 23 years old and went on to win Olympic Hockey Gold at the 2016 Rio Olympic Games

We are a proud Bristol hockey club, with a large membership. We offer high-performance hockey and social hockey both adults and juniors alike.

Please take a look through our website, in particular the men’s, women’s amd junior section pages so you can find out more about us and why you should join. 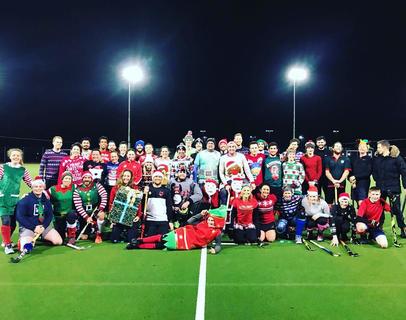 Contact us today if you are interested in finding out more about our club either as a player, official, coach or volunteer.

Details of Data Controller are